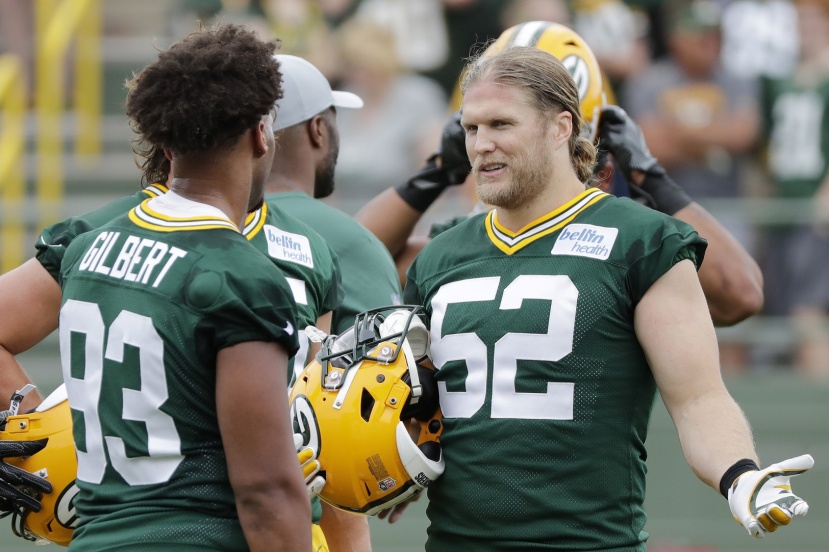 The Green Bay Packers are entering the 2018 season about as healthy as they have been in recent memory. If you’re the superstitious type, you may want to knock on wood after reading that, but it’s true. It’s the Wednesday before week one, and the only significant contributor the Packers have put on injured reserve is linebacker Jake Ryan, who went down early in training camp with a torn ACL.

In years past, injuries have dealt serious blows to Green Bay’s depth before the season had even begun. While we’ll have to wait to see the first official injury report of the 2018 campaign, which will be released Wednesday, it certainly seems the Packers have had a nice turn of luck when it comes to losing players to injuries.

That doesn’t necessarily mean the Packers’ roster is flush with depth, however. Sure, there might be enough bodies at certain positions, but big question marks remain when it comes to how much production the team can expect from their backups.

The primary example of this predicament is the situation at outside linebacker. Currently, there are four outside linebackers on the active roster: Clay Matthews, Nick Perry, Reggie Gilbert and Kyler Fackrell. At first glance, things don’t look so bad. Matthews is the all-time sack leader in franchise history and still commands attention from offensive coordinators at age 32. Perry has 30.5 sacks in 72 career games.

Clearly, production is not the issue with the two veterans. When they are on the field, Matthews and Perry can get the job done. The operative phrase, of course, is “when they’re on the field.” Perry has appeared in 72 of 96 possible games over his first six seasons in the league and has never played a full 16 game regular season. Matthews has played in all 16 games just three times in nine years.

So while the impact the two have on the field is obvious, it is entirely fair to wonder whether or not either of them will be available for all of 2018, and history would indicate that will not be the case.

So where do the Packers turn if one or both miss time? Gilbert has the potential to be a very capable backup, and probably will become a solid starter at some point in his career. He spent all of 2016 and 15 weeks of 2017 on the Packers’ practice squad, though a strong case can be made that he should have been active all of last season.

When it comes to Fackrell, though, no one–except for the team itself–can seem to grasp how he made it to the 53-man roster for a second consecutive season. Fackrell’s size and athleticism should make him a more than serviceable player at the position, but he has lacked consistency in a big way and tends to find himself overpowered or out of position more often than one would like.

The inside linebacker room faces a similar quandary. Blake Martinez returns after a 2017 season that saw him lead the Packers with 158 tackles, but with Ryan lost for the season and rookie third-rounder Oren Burks out indefinitely with a shoulder injury, the Packers are already counting on Antonio Morrison and Korey Toomer–neither of whom were with the team at the start of camp–to step in and fill the void, if only for a couple weeks. If Martinez were to go down, Green Bay would have to start getting real creative.

Finally, there are the safeties. Ha Ha Clinton-Dix is the most seasoned veteran at the position, and he’ll be starting next to Kentrell Brice, a third-year undrafted free agent. Josh Jones will be looking to bounce back after an up and down rookie season, though he seems more comfortable playing closer to the line of scrimmage as a hybrid linebacker, so the Packers may be more inclined to play him in that role. With Jermaine Whitehead and rookie Raven Greene rounding out the room, Green Bay will be hoping Clinton-Dix and Brice remain available.

There is no avoiding injuries in the NFL, and the odds say the Packers won’t get through an entire season with the same 22 starters each week, but at the moment the Packers are in good health at every spot on the roster. Now they just hope it stays that way.