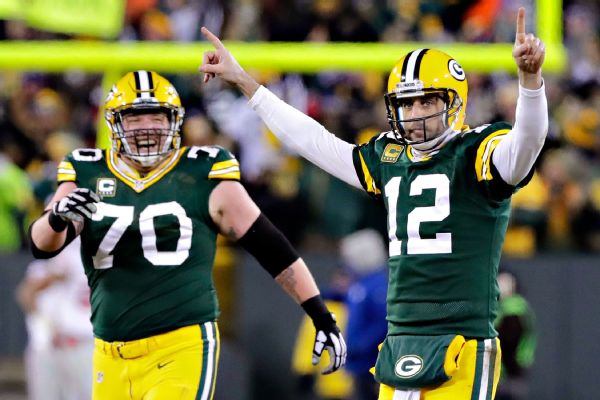 NFL games are often decided by the sum of a handful of small moments throughout the course of the affair, and that concept almost always applies in the playoffs. Anyone who watched the first 25 or so minutes of Sunday’s NFC wild card matchup between the Packers and Giants saw a scene in which New York absolutely dominated, yet only held a 6-0 lead. How did Green Bay turn their flat, uninspired start to the game into a 38-13 blowout win? Here’s a list of the key moments that added up to a Packer victory:

Of the five plays listed, the drop by Jared Cook late in the first half may have been the most important to the outcome of the game. Multiple Packer players commented on a similar situation in the 2012 divisional game against the Giants in which Eli Manning found Hakeem Nicks for a Hail Mary touchdown to end the first half. The Packers were visibly more downtrodden after that play, and the Giants won the game comfortably. This time, the shoe was on the other foot. Had Cook caught the pass and allowed time to expire, who knows what would have transpired in the 2nd half? Instead, it set up Aaron Rodgers to do what he does better than any quarterback in history, and it had to be demoralizing to a Giants team that had largely dominated the first half.